Yannie (Xiangyan) Liu completed her PhD in Education at the University of California, Santa Cruz in 2015, with a specialization in the Social and Cultural Contexts of Education.  She had her Master Degree in Education from Peking University, China. Her research and professional experiences in Asia (China, Japan, the Korean Peninsular) and the United States have prepared her as a cross-cultural researcher and practitioner in the field of education. As a learner and teacher in the field of education, a researcher on youth, families and schools, and an active community builder with passion for equity, development and social justice, she believes, we are born to make a difference and education will be redefined through all of our efforts. Her current research and practices include critical and feminist pedagogy, SEL from a critical lens, and gender, transnational migration and education.

Director of Educational Innovation and Advocacy

Danning is Chinese-Canadian. Before the age of 11, she frequently moved between Beijing, China, and the UK. In 2017, she returned to China two to pursue a Master's Degree in New Media at Peking University. Danning describes herself as Canadian by nationality and education, and Chinese by ethnicity and heritage. The experience of growing up across multiple cultural realms has made her the perfect cross-cultural blend that all Chinese parents desire. She acts fully Chinese when around Chinese people, and behaves accordingly around people of other cultural backgrounds. However, such a prestiges position, while offering many benefits, has also made her very isolated in her experiences. She tried to answer the question of how bicultural people navigate their identities through her thesis project, and successfully helped herself and others come to clear understandings of their own identities. Danning decided to join Angel Education, because she believes that sharing her unique experiences of cross-cultural learning and negotiation can help others think more openly about personal growth, education, and multiculturalism. 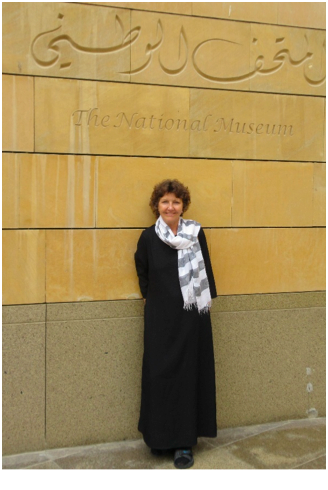 Prof. June Gordon's research explores how economic, social, political and cultural forces in the home country impact attitudes and expectations about education upon immigration to the U.S. Her research and teaching focuses on Japan, China, India, Southeast Asia, Bhutan, and Northern England, however, recent work has extended to several Muslim countries, including Turkey and Kazakhstan. She has published four books and numerous publications related to educational access. The work in Japan, lasting almost fifteen years, interrogated the challenges marginalized youth face in the Japanese educational system and resulted in two books: Japan's Outcaste Youth: Education for Liberation, and Challenges to Japanese Education: Economics, Reform and Human Rights.  Two books on American education, The Color of Teaching and Beyond the Classroom Walls: Ethnographic Inquiry as Pedagogy were published earlier along with numerous articles. A multi-year project in Northern England looked at variation in attitudes towards schooling among schools with large low-income white youth in comparison to Muslim children.

In China she investigated the conditions of migrant children and their limited educational opportunities in Beijing; in Western China she explored the placement of Han teachers in Muslim minority tribal communities. During three research trips to various parts of India she attempted to understand the penchant for private education over government schooling. In 2010, she was invited to Bhutan by the Royal Education Council to evaluate the impact of pedagogical reforms grounded in the lives of rural peoples. Her two most recently co-authored publications have been with Dr. Xiangyan Liu, recipient of University of California President's Dissertation.

Prof. David Leonard is an educator currently serving as Educational Consultant and Director of School Development at the Paddington Bilingual School in Huzhou, China. He most recently served as International Consultant and Foreign Principal for Little Oranges Academy in Beijing. Prior to this, he was an Educational Consultant for the Camford School, with six campuses located throughout China. He also recently helped bring an international parent education program to China which is currently hiring staff to implement throughout the country. Preceding his work in China, David served as professor and program administrator at several U.S. colleges and universities including Yale University, working at the Gesell Institute of Child Development; Sarah Lawrence College where he was Director of the Child Development Institute; and Columbia University, from where he graduated and managed several projects.

His fields of expertise include childhood development; literacy; teacher professional development; and program development and assessment. His opinions have appeared in a number of newspaper articles (USA) and he has taught courses and conducted workshops on a wide range of educational topics. He also appeared on Chinese television (CCTV News) to talk about higher education in the U.S.

David is the father of two daughters. His older daughter recently graduated from Oxford University (England) and continues her scholarship at the University of Toronto where she is a doctoral candidate. And his younger daughter attended Wesleyan University (USA) and is now preparing to attend law school.

Eddy Zheng is the President & Founder of New Breath Foundation, and works to mobilize resources to support Asian American and Pacific Islanders (AAPIs) harmed by violence and the unjust immigration and criminal justice systems. A 2019-21 Rosenberg Foundation Leading Edge Fellow and a 2015-17 Open Society Foundation Soros Justice Fellow, he served as Co-Director of the Asian Prisoner Support Committee and co-founded the first ever ethnic studies program in San Quentin State Prison - ROOTS. Fluent in three languages and skilled in motivational speaking, cross cultural healing, workshop facilitation and conflict mediation, Eddy is the co-editor of Other: An Asian and Pacific Islander Prisoners’ Anthology and serves on the board of Chinese for Affirmative Action. Eddy’s commitment to service has been frequently recognized, most recently with the 2017 Bridging the Gap award from the University of Pennsylvania, 2018 Frederick Douglass 200 award and 2019 Ellison S. Onizuka Memorial award from the National Education Association. Eddy is the subject of the award winning documentary “Breathin’: The Eddy Zheng Story.” With much gratitude, he is eager to collaborate with new partners in empowering marginalized communities and abolishing the prison industrial complex.